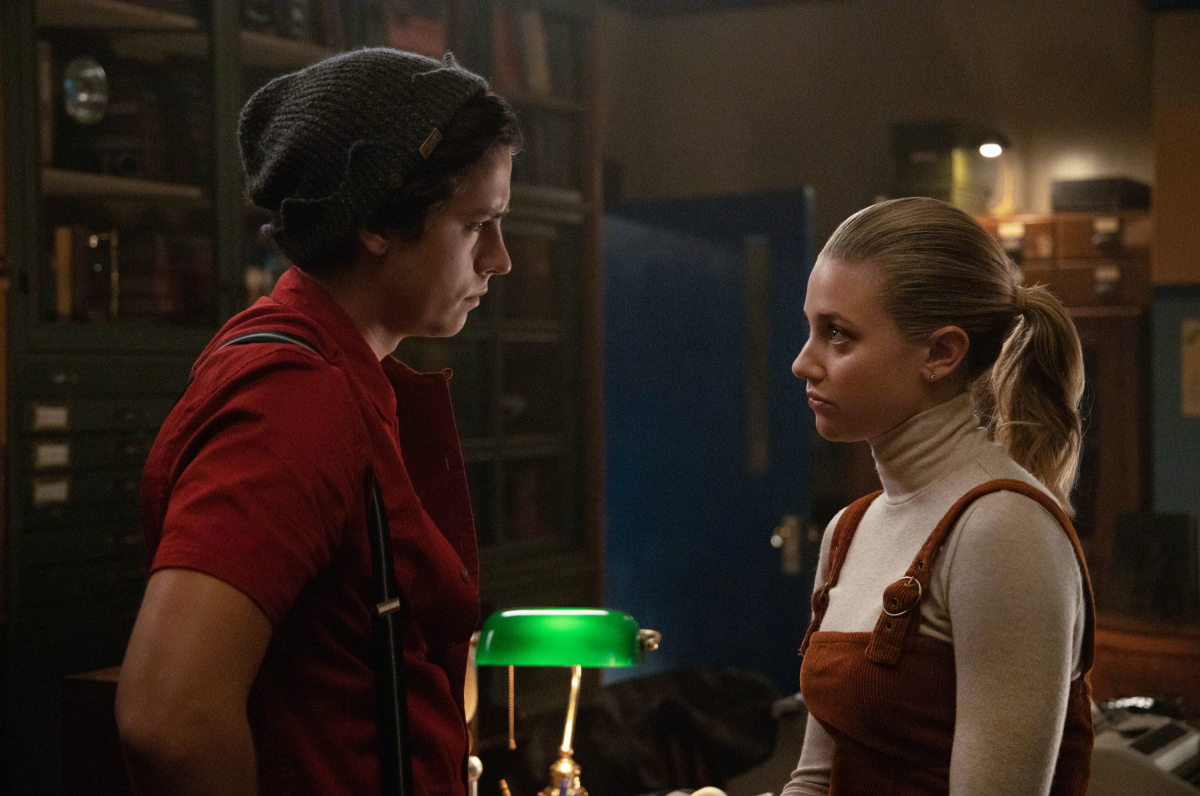 Get ready for all the “30 Rock” gifs in this post.

It took me 3 tries to actually watch this episode. I kept opening it and then turning it off. It was my brain was like:

Jughead got on my nerves, Archie was just as annoying as ever and I hate Brett.

I don’t even get angry anymore. I don’t get upset. I’ve reached that level of hopelessness that doesn’t allow me to be irritated by all the annoying plot lines.

I’m not having that much fun watching the episodes and it’s killing me. Watching trashy TV is AMAZING and hate-watching shows like The Bachelor make me incredibly happy, but this is a show I actually liked and it’s sad I’m having such conflicting feelings.

It’s football seasons at Riverdale High and I just want to refresh your memory on one of Riverdale’s best quotes:

… said Archie to a bunch of criminals in prison.

Jughead has found himself a Sugar Daddy! Brett is like: “I am rich, let’s give this guy I hate a brand new laptop just because!” and Jughead is like:

All this thing with the Secret Society and those assholes at the Prep school is BORING.

I don’t care about it in the slightest. Also, they are repeating the same plot line they gave Archie in season 2 with Hiram.

Both Archie and Jughead get sucked in by people who are seemingly more powerful, more connected and have more money than them. It turns them into entitled assholes I can’t stand.

Betty gets roped into an investigation into Jughead’s pretentious prep school: people say the football team is full of assholes, who hurt other team’s players and she wants to tell the truth.

She is finally embarking on somthing a high school investigative journalist could potentially do IRL.

She even asks Veronica to go to one of the parties and get Asshole!Brett to confess… That is until Jughead randomly shouts: “Veronica?!” and blows her cover. Sweet little dummy…

I like that they are showing a normal side to her and Jughead’s relationship. They’re juggling long distance, a pretentious school that turns Jughead into an entitled asshole, and Yale not accepting her.

Seeing her and Jughead together at the game gave me joy and her deep hatred for Brett gives me life. Sadly, her article does not get pubblished. Stupid Principal.

Archie is dealing with his Uncle! Fred’s brother, who suddenly came back and had a particularly complicated history both with Mary Andrews and apparently alcohol and drugs. Because after those assholes at Stonewall Prep injure Riverdale High’s best player, Monroe, he gives him drugs! To be able to play and get recruited by a school! So he can go to college!

Mary warned him about The Uncle, whose name I cannot remember and can’t be bothered to look up. She warned him! She was like:

That’s the name of Archie’s uncle!

Veronica is still producing her Rum and trying to defeat Daddy. There are so many things wrong with this and the first one is: how does someone like Reggie have any knowledge about what good wiskey tastes like?

Still, Daddy threatens her with a Patent Infringment lawsuit and then asks her to reconnect?

But guess what? Veronica is not done fighting with Daddy and she comes up with a solution: GET INTO BUSINESS WITH CHERYL!

Cheryl is dealing with people challening her authority and she’s getting deeper and deeper into her fight with Principal Honey.

A cheerleading coach arrives to make the Vixens actually cheer and not just randomly dance.

It’s a fair critique, to be honest.

So she locks the new coach in a supply closet during the game. Cool. Also, Toni has no lines. This is so irritating.

Betty is packing Jughead’s stuff in the dormroom and fucking Brett comes in calling her crying fake and telling her that she got her wish: Jughead isn’t going to New Haven so it would be only the two of them.

What does that mean?

Also, Jughead is so fucking alive and I want to know what scheme he’s been plotting and who he is planning to expose.

All my amazing 30 Rock GIFs

Betty and Jughead’s little fight and how they talked it out.