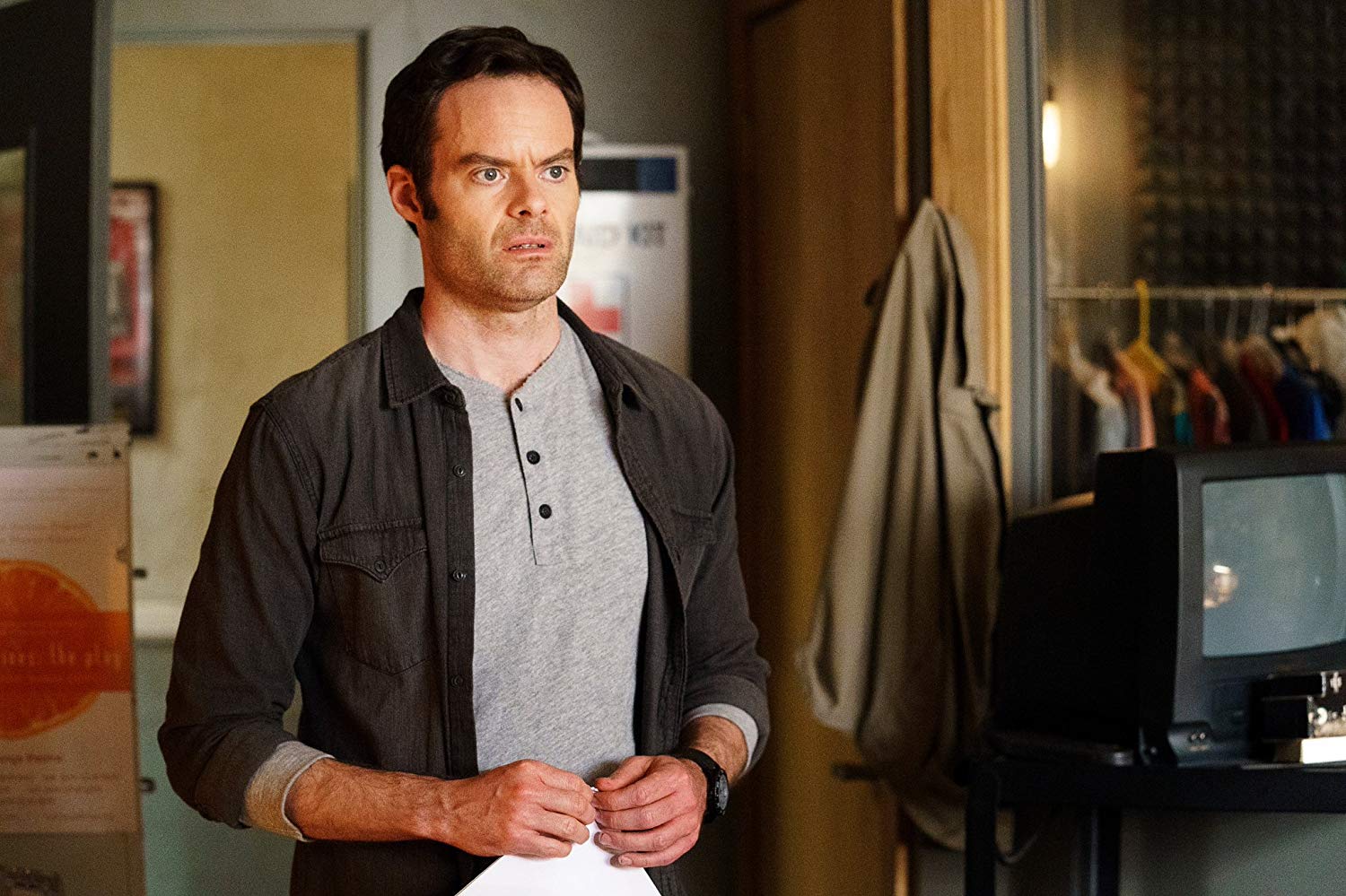 To be honest, last week’s incredibly weird and out-of-this-world episode is still on my mind. I can’t get over it, in the best of ways.

What I loved in this episode was finally seeing Sally without her mask, seeing her in an actual vulnerable place, recreating the actual scene of her former husband putting his hands on her.

Both Bill Hader and Sarah Goldberg gave AMAZING performances. I even shed a tear. Emily Heller wrote the episode and she’s really funny. I’ve listened to her on the Crooked Media podcast “Lovett or Leave it” and she’s incredible! I didn’t know she was also a producer on the show.

But let’s talk about the episode.

Barry is so over this shit with Fuches and so he goes on a trip in the woods… to find the car Barry used to hide Detective Janice’s body.

Hank is back! And doing laundry! But Esther is leaving them just as his men’s training with Barry is over!

AND DAMN IT WAS SO FUNNY!!!

This and the guy with the accordion interrupting Hank and Barry’s big friendship moment. I love that Hank just wants to be friends with Barry and hang out with him.

You just fucked this moment. This beautiful tender moment with your accordion. You just whipped out your accordion and fucked it, man!

And he still wants his special bullet to kill Esther. But when one of Hanks thanks Barry for giving him “a purpose”, you see pure sadness and remorse in his eyes.

Ironically, he has become a sort of Fuches. A person who has given them a purpose, a goal.

Back at the acting school, Sally is still struggling to bring her personal life on stage.

Barry’s obvious fake “What?” of surprise when Sally told him she went to see her ex husband was AMAZING. It shows once again how bad of an actor he actually is… and how good Bill Hader is.

I’m loving this exploration into Sally’s character and backstory. It is so important to see three dimentional women, with flaws and vices. And it broke my heart when she confessed to Barry she was terrified of being judged by the others. She cares so much about other people’s opinion and she’s always presenting a fake facade to protect herself and protect her own feelings.

Gene keeps reminding Barry that he “killed a person and got away with it” and his arrogance and self-interest keeps showing as he tells him he’ll always be there for him (I was waiting for the Friends’ theme song’s claps)… as long as it takes less than 7 minutes.

But then shit gets super real. I could not take my eyes off of the screen for the entirety of the scene.

You can see how difficult it is for Barry to get in the zone, to dig into his own past to bring Sally’s to life. We even see him killing Janice back in the woods at Gene’s cabin, just as a way to access his emotions.

“I stayed for the apology”.

What I love about “Barry” is that literally 30 seconds after one of the show’s most powerful scenes, we see a man tumbling down a hill, one of the silliest comedy tropes.

This is Barry’s essence. A crazy intense and dramatic moment followed by the stupidest and most ridiculous scene.

We also get to see Fuches following Gene and that’s really troubling for me. What is he going to do to him? It’s obvious he sees Gene as a threat, the one who took Barry away from him.

But aside from this, let’s talk about my baby Hank getting punched in the face, right after Cristobal and Esther find out about his plans to kill her! Because the fucking accordion guy betrayed him! That was amazing.

I really really hope they won’t kill him off. He is literally my favourite character, just for the outfits alone.

In typical LA style, Gene does escape rooms and I love it.

14 episodes in, and I’m loving Barry more and more. Analyzing the show made me realize just how well-written it is.

Every episode is incredibly deep and the plot itself almost becomes obsolete. It’s how well-drawn these people are, their complex personalities and their erratic behaviour.

Barry deserves the world and all the acclaim it can get.

Please, please, reach out and talk to me about Barry. I’m literally obsessed with it.