And now… See what premieres in October!

My crush on him is weird. But I like him. And Lili. She is so pretty.

*starts daydreaming about them*

Let’s get into it! 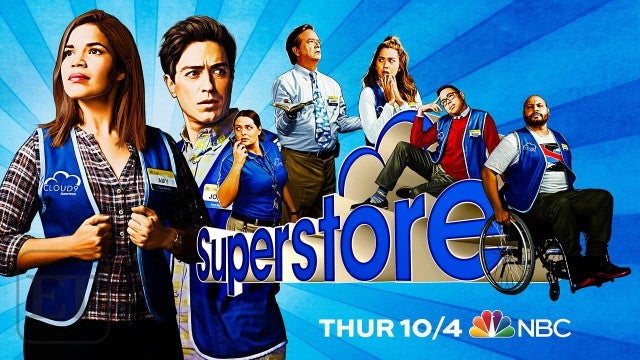 Justin Spitzer’s show is cute but lacks something: good storylines and actually funny jokes. It might seem harsh but I was really disappointed by season 3. It did not make much sense, Amy’s pregnancy was stupid and Jonah’s relationship with the blonde girl (whose name, for the life of me, I can’t remember… Shelly? Cherry? Idk) felt like a joke who ran for far too long.

I’m curious to see how they are going to spin it into something that is watchable.

I mean, Spitzer worked on The Office! Come on!

Another season! So excited! I can’t wait for the Riverdale one liners, political jokes and overall gayness.

And Matt Bomer guests stars in it. Matt. Bomer.

Doctor Who is back! With a new Doctor who is a kick ass woman!!! I am so happy Jodie Whittaker has taken over the role! She deserves it so much!

And Steven Moffatt is GONE!!! He is no longer the show runner! I’ve been going my happy dance since the day it was announced.

Chris Chibnall, who also created Broadchurch, is the new person in charge of it!

Riverdale is back!!! After a mysterious season 1, a second season filled with romance, weird ass stuff and a killed freeing the town from sinners, this third installment is going to be epic.

I was so happy in season 2 when Archie was arrested. I hoped he would be gone for a while, you know…. in prison. So I didn’t have to see him making his terrible decisions. But no, he is still here.

But I have exciting news! I’ll be reviewing every single Riverdale episode on this upcoming season! So keep your eyes peeled for that!

After a spectacular 4th season, full of important episodes and a four episodes arch into a more dramatic side, the Johnsons are back!

I didn’t really like it at first. I watched it without paying much attention to it but now I’m very attached to it!

They always talk about important social issues and… well… I have a huge crush on Tracee Ellis Ross. I love her. I find her extremely likable and adorable and I want us to be best friends.

If you go through the shows I talk about, you might notice there is not a lot of fantasy / superhero stuff.

But I’ve been watching “Daredevil” since season 1 and I’d like to see how it continues.

I didn’t really like season 2. I did not care about he whole thing with Electra and the tension between Matt and Foggie was too angst-y.

I did binge season 1 in two days. I stayed up almost all night to watch it.

I don’t know anything about this third season but from the poster and the tagline, it feels like it’s going to be much darker than the other ones.

That being said, I’m curious to see what’s going to happen next.

It is produced by the same guys as Riverdale and created by Roberto Aguirre Sacasa (who also created the comic back in 2014).

It was intended as a Riverdale spin-off but it’s going to be so much darker with a lot more horror elements in it.

I used to watch the old adaptation when I was younger and this is definitely something completely different.

It looks creepy and trashy and the birthday song reminded me of Betty singing it to Jughead on episode 10 of the first season of Riverdale.

I can’t wait to see if it is as trashy as Riverdale. This is so exciting!

I’ve been a fan of Hasan Minhaj for a couple of years and I cannot wait for him to have his own show. This field pieces for The Daily Show along with his other segments are so good! He is funny, intelligent and thought-provoking.

You can watch his stand-up comedy special on Netflix “Hasan Minhaj: Homecoming King” and you should definitely give a look at his Whitehouse Correspondents Dinner speech. It is AMAZING.

Patriot Act is created by Hasan and Prashanth Venkataramanujam, who was head writer on the WHCD. In his weekly talk show, they will explore America’s issues and trends that are shaping our ever-growing divided world.

and this is it!

Are you also planning on watching these shows? What do you think about them? Do you think Riverdale is too trashy… but you can’t stop watching it?

Let me know! Tweet at me or find me on tumblr!