Attention! This post contains spoilers for the first episode of season 4 of Unreal and all the other seasons!

I thought I was gonna have to wait a year for the next season and instead… HULU surprised us! 3 months after the season 3 Finale… here we are! With all 8 episodes being released!

(Dear Hulu, I have almost forgiven you for passing on picking up Brooklyn99 when it was briefly cancelled. This was definitely a step forward to rekindle our basically non-existent relationship.)

I saw the trailer and it looked super cool! Lots of drama, scandals, pretty hair and makeup and manipulative bitches! YEAH!!! 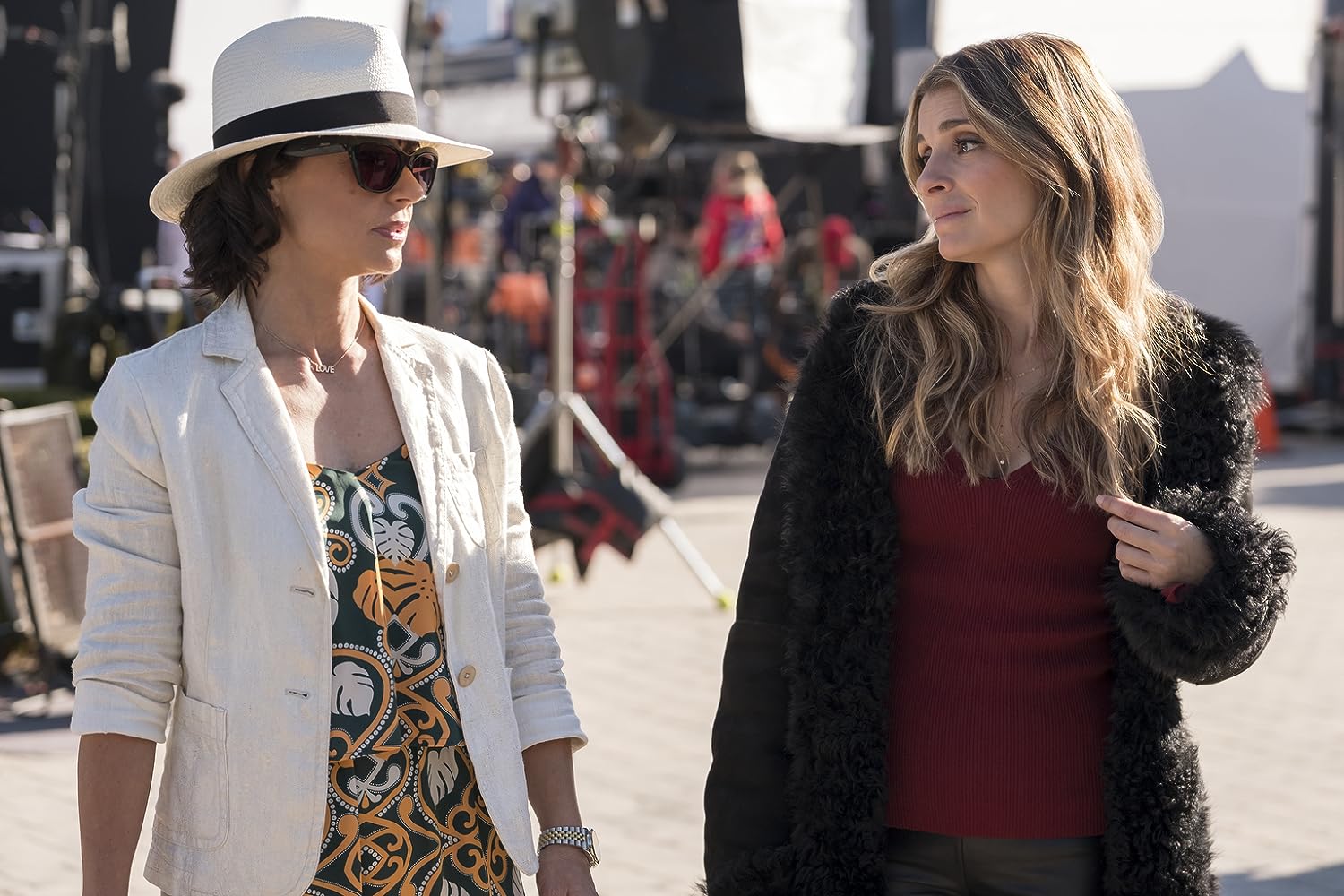 That being said… I started off extremely doubtful: what is happening to Rachel?! What is all of this misogyny and sexism?!

Last year they tried to be as feminists as possible for a reality tv show about finding love, and now what is all of this?! Has Rachel gone insane?

Even Quinn is uncomfortable by her actions! Well, partially.

This season is a lot more “Bachelor in Paradise” rather than “The Bachelor” and “The Bachelorette“. Rachel has created incredibly sexist games, like guys rating the women’s appearance and if they don’t like it, they throw them into a stupid pond underneath the bridge.

What the actual fuck?!?

Also, it’s not Venmo. It’s the CashApp. I can hear Lovett or Leave It’s Jon Lovett’s voice shouting: We’re not using the other apps anymore.

Going back to Quinn for a moment: she has a necklace that says “Love”. WHAT?!

And Jay is still doing cocaine! Thanks Alexi!

“Are you that desperate not to be alone that you would marry some contestant from a dumbass reality show you’ve known for eight weeks?

You’re living in a fantasy world where everyone is perfect, therefore fake.”

THIS SUMS UP THE ENTIRE BACHELOR / BACHELORETTE / BACHELOR IN PARADISE FRANCHISE!!!

On top of that, Rachel is basically using the show as an excuse to sleep with all these guys and then get her own happy ending. (Hence the makeup and perfectly styled blonde hair).

The following are just a couple of the questions that went through my mind while watching this train wreck.

See you at the end of the season. Bye.

Talk to me about the show by leaving a comment down below, tweet at me or send me an email!