I’ve been wanting to get to this show for quite some time but other thing came in the way.

HBO is famous for its heavy-themed and dark shows and this does not disappoint.

I knew very little about “The Night Of”, I didn’t know the actors and even the plot was unfamiliar to me. I think I saw a clip of it on Stephen Colbert’s late night talk show, but it didn’t catch my attention. I was more interested in the jokes about Donald Trump!

It stars Riz Ahmed and John Turturro. From what I have understood, his character has a wild night with a strange girl he just met and the morning after, he finds her murdered in her bed. He is questioned and brought in by the police, and the story unravels from this point on.

I have heard wonderful things about Riz Ahmed and the premisis of the show seems very interesting. Just from the pilot, it’s clear that he is wonderuful, his acting is incredible. Truly magnifient. 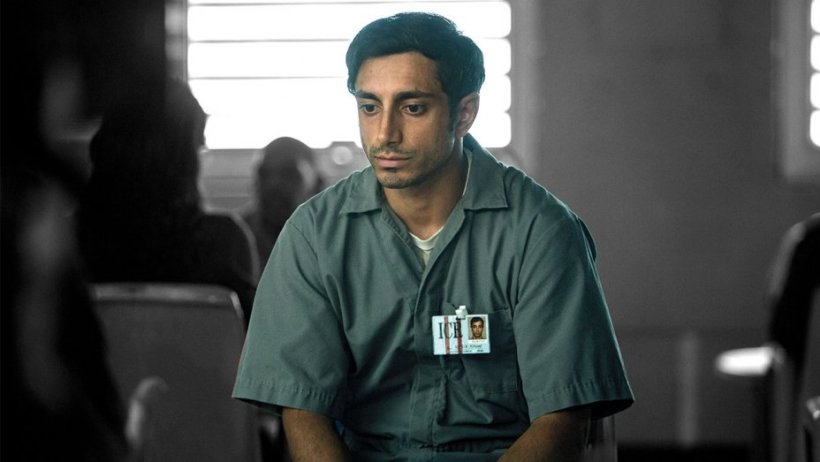 Moreover, I found this article on “The Hollywood Reporter” and it explains pretty well the opportunity to talk about issues like the criminal justice system and racism towards muslin communities. The article also says that the show has been a work-in-progress since 2009, when there was no muslim ban and no hate crimes like now.

I’ve been thinking about what to write about this show for a long time and I reckon I’ve just came to the realization that “The Night Of” looks more like a documentary than a thriller, which is what you’d expect from the synopsis and the outlook of the serie.

There are a lot of shots of peo

ple staring at things, mundane actions that were probably not necessary. This is probably what they wanted to show us, but they are dragging it on for a little bit too much, in my opinion. At the same time, if they hadn’t, it would not have been a truthful recount of the bureaucracy and awful problems of the criminal justice system.

Despite that, the show gets you totally hooked. Even if sometimes I found myself getting distracted, the show somehow finds its way into sucking you back it.

And this is what makes good television. It might not tick all the points in my list, but it is a very well-made show.

The main titles resembles a lot “True Detective”, “Westworld” and “The Crown”, the mismatched and out-of-focus images, the blue/grey/green-ish tone…

It is nominated for 10 Emmys including outstanding lead actor, outstanding supporting actor and for upstanding directing and writing.

I’ll probably write a quick post after finishing it with my complete thoughts on the show.

Let me know your opinion of the series! I’d love to know!

One thought on “The Night Of – First Impressions”