SPOILERS FOR ALL 12 SEASONS OF BONES

I’ve been watching Bones since season 5 in the remote 2010. I can’t believe it’s been 7 years! During this time I have definitely lost interest. I’m sorry, but it got out of hand.

Let’s just start with season 5 itself. The brain tumor, Booth’s memory loss… the only great thing about this season was the 100th episode where they show us the first time Forensic Anthropologist Temperance Brennan meets Agent Seeley Booth of the FBI. That and my adorable Lance Sweets’ annoyance was hilarious. And from there, it went downhill. 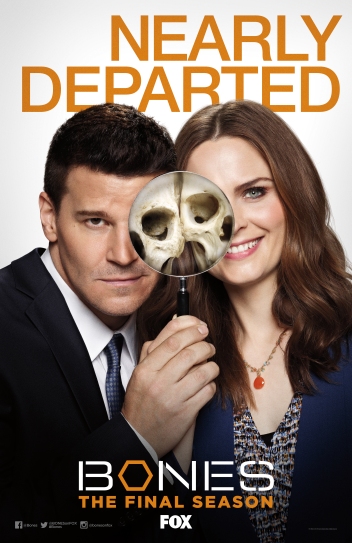 According to my TV shows tracker app, I have 40 episodes left to watch. Basically 2 seasons. So yeah… I have a lot of new and more exciting series to watch and after the mixed schedule with only 13 episodes in season 7 and the absolutely ridiculous plot line of Hodgins getting super injured. Come on.

And Christine’s birth in the shed? OH GOD. JUST NO! And how could I forget that weird episode in which Dr. Brennan dreams her dead mother or has a vision about her. I don’t remember. That was ridiculous.

What I loved about Bones was the darkness of its earlier seasons: the murders, Brennan’s coldness and the gruesome of the whole thing.

I’m really sad Bones ended… I felt the same emotions when Castle ended. I loved the show. Well,  I loved season 1-2-3 and 4. Out of 8. Anyway, I have this feeling of nostalgia. Even though I didn’t watch it regularly, I knew Bones was there. I knew that I could pick it up whenever I wanted.

There are some episode I remember with great fondness (Did I just quote an interview with Emily Blunt? I think I just did…): the 100th, the episode where Mr Vincent-Nigel Murray dies, the episode with the body in the chocolate bar (I couldn’t eat one for weeks) and frankly many more.  Oh! The one where they thought they had JFK’s remains in the lab! HILARIOUS!

And can we talk about poor dear adorable shrink Lance Sweets? I believe I stopped watching the show after they killed him off. The actor needed time off for shooting a movie and they just wrote him off. I was deeply saddened by the whole thing. He was just adorable.

I can’t actually review the last few seasons because I’ve seen only a handful of episodes, but as a longtime fan of “Bones” I felt I had the duty of remembering and bidding farewell to this beloved show.

“The End in the End”

I was reading this article on cinemablend.com and they are so right. The last episode had everything that made it the typical last episode of a cable TV show: they solved the crime, there were major life-changing discoveries, character moving on to better things and a general overview of all the other forensic team. 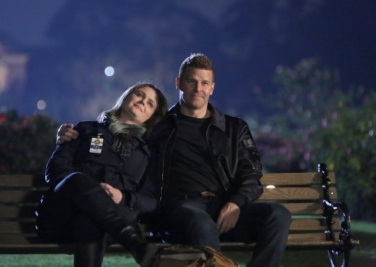 I quite liked it actually. Aside from the unnecessary dramatic music that at times was overwhelming and almost as loud as the dialogue.

I felt like Dr Brennan’s concussion (brain injury or whatever) was useless at the beginning, but after her powerful conversation with Booth, I definitely changed my mind. I related to it….

At the end of the episode, I was satisfied by the ending. Not totally impressed with the whole series killer/Zack situation and the subsequent explosion of the Jeffersonian. Come on, they started with the “Cam left her purse around” on the previous episode. I GET IT!

Also, if you want to check out a truly creepy serial-killer-turning-his-victims-in-marionettes, you should definitely check out Fringe’s episode “Marionette” (season 3 ep 9). Absolutely disturbing.

Anyway, I’m still sad it’s over. Bones was with me for 7 years and I’m really disappointed to see it go… But if they had renewed it for a 13th season, they would have most definitely ruined it.

Goodbye Bones. Thanks for the years we’ve spent together.